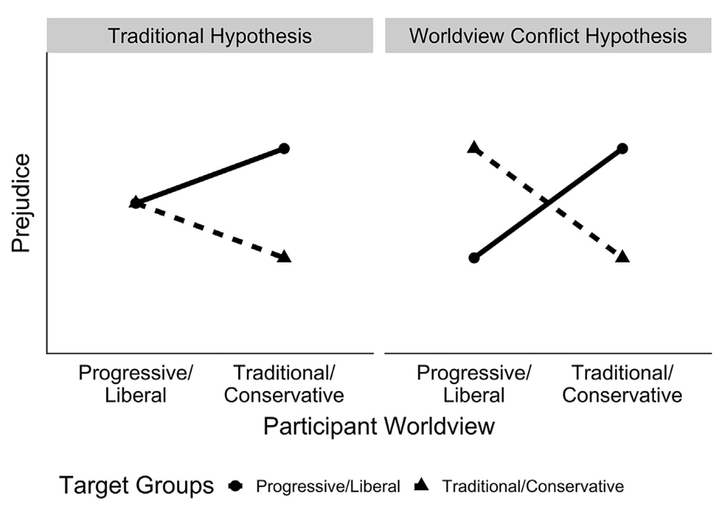 If we take psychological findings about political and religious belief systems at face value, we predict that people with more traditional belief systems are more likely to be prejudiced, intolerant, and sensitive to group boundaries compared to people with more liberal or progressive belief systems. This view is consistent with the idea that conservatives tend to be higher on need for closure and more sensitive to threat compared to liberals. We have challenged this prevailing view with our work on the ideological-conflict hypothesis (Brandt et al., 2014). We find that both liberals and conservatives will be equally intolerant of groups with differing political worldviews (Wetherell, Brandt, & Reyna, 2013). The effect has been extended to religious fundamentalism (Brandt & van Tongeren, 2017). The impact of ideology is so strong that we find it can cause intolerance in people who profess to be open to experiences (Brandt et al, 2015). This challenges the traditional social psychological view on both prejudice and political polarization, suggesting that our current models of belief systems are incomplete (for a recent review is Brandt & Crawford, in press). 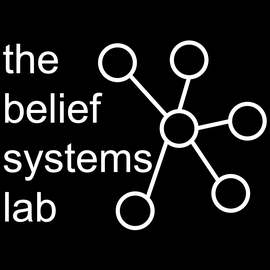 The role of religious orientation in worldview conflict

Identifying the domains of ideological similarities and differences in attitudes

Extremists on the left and right use angry, negative language

Who is prejudiced, and towards whom? The Big Five traits and generalized prejudice

Belief systems and the perception of reality

I know that I know nothing: Can puncturing the illusion of explanatory depth overcome the relationship between attitudinal dissimilarity and prejudice?

No evidence for ideological asymmetry in dissonance avoidance: Unsuccessful close and conceptual replications of Nam, Jost, and van Bavel (2013)

Norms and explanations in social and political psychology

Social and economic ideologies differentially predict prejudice across the political spectrum, but social issues are most divisive

Answering unresolved questions about the relationship between cognitive ability and prejudice

Moralization and intolerance of ideological outgroups

Bounded openness: The effect of openness to experience on intolerance is moderated by target group conventionality

The unthinking or confident extremist? Political extremists are more likely to reject experimenter-generated anchors than moderates

Attributions for sexual orientation vs. stereotypes: how beliefs about value violations account for attribution effects on anti-gay discrimination

Liberals and conservatives can show similarities in negativity bias

To love or hate thy neighbor: The role of core motives in explaining the link between fundamentalism and racial prejudice

Discrimination across the ideological divide: The role of perceptions of value violations and abstract values in discrimination by liberals and conservatives